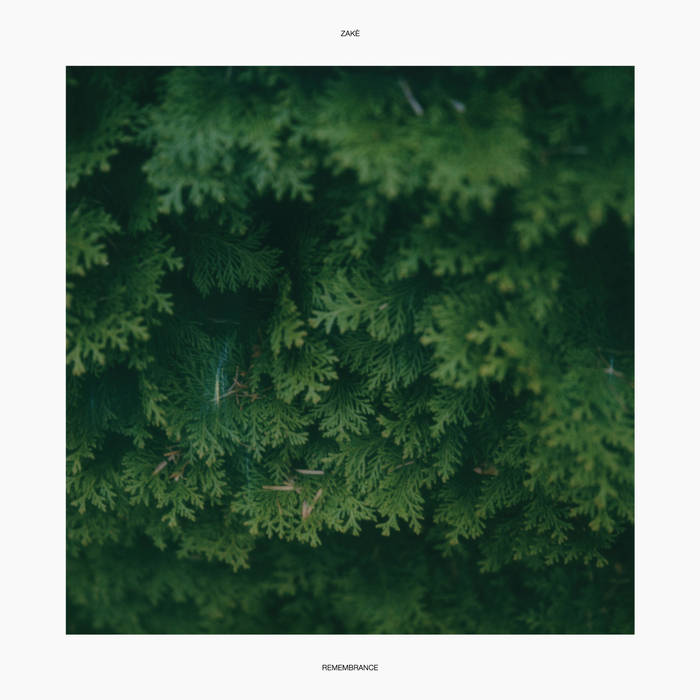 Counting the wishes on stars,
a candle unlit
To a new dawn arising
Ashes to ashes
there they submit

Remembrance follows a similar formula found on zakè’s previous effort, Geneva (released on Past Inside the Present, 2020). He produced eight short phonic motifs and then invited artists to collaborate, rework, and expand upon the source material resulting in a new, unique creation.

The album consists of eight short vignettes by zakè, six collaborative pieces, and eight completely reworked tracks. The track titles and overall theme of these works are based off the gorgeous poetic narrative “Remembrance” written by Julia Frizzell.

“Collaborating with other artists, along with passing songs and ideas to artists to rework is one of the most enjoyable experiences when writing music. Co-creation captures the heart, soul, and music artistry combined, allowing for a bigger canvas of aural exploration and expression. I am truly humbled to work with such incredible artists.”
-zakè

Sampa The Great joins the show to discuss her release, "As Above, So Below".