by zakè & City of Dawn 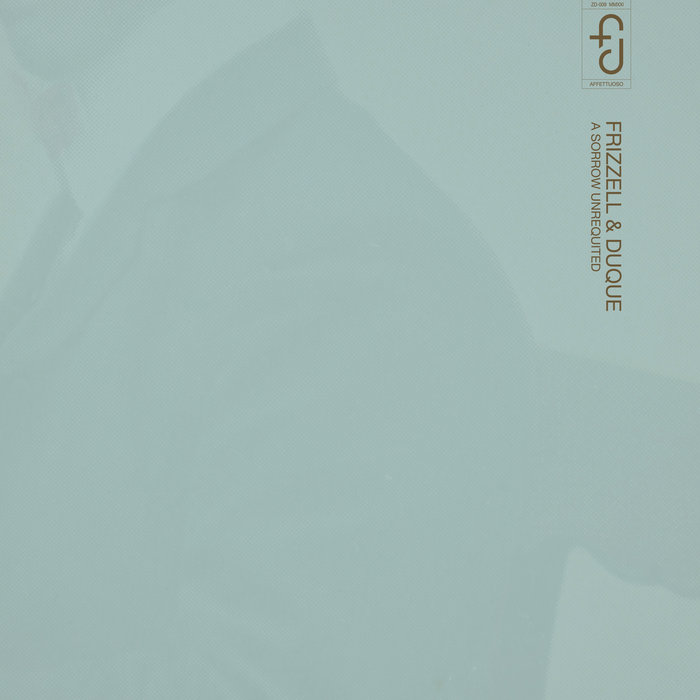 Bill Brasky Really fine release, feel let down when it's over. Would act well as a film soundtrack. Favorite track: A Sorrow Unrequited.

Steve Mahoney A stunning release. The two of you together are something very special musically. Magic happens. Thank you.

Mike G @ Ambient Music Guide Haunting, ravishing and profound. These five pieces of loop-based orchestral and synth ambient sound like scores for dark, epic films that don’t exist but which somehow we already know. Just read the titles of every track because they capture the poetry of this music better than I ever could. Favorite track: Fragile Dreaming In A Fragile Mind.

Cory Blankenship This album is spectacular, but don’t take my word for it. Buy it and listen to it from start to finish and enjoy the journey it takes you on.

Manuel I could listen this song in loop for hours. Stunning. Favorite track: The Sparrow's Flight.

awakened souls zakè and City of Dawn always make gorgeous music together, yet this album has a unique refinement. The muse-filled inspiration from Julia Frizzell's timeless poem adds layers of emotional depth to the titles and music. This orchestral beauty is perfect for sleep, centering and reflection.

"A Sorrow Unrequited is a short but gorgeous collaboration between Frizzell & Duque, comprised of five minimalist explorations of high-fidelity sound. Each piece begins with the statement of a simple melody, which repeats throughout as additional layers accumulate, slowly teasing out new melodies. Rather than linger in the imperfections of media, as so many artists who work with repetition tend to do, instead the duo pursue an attention to fidelity that forces them to get the fine details just right.

The duo are likely better known by their monikers zakè and City of Dawn, under which they released their previous collaboration, An Eternal Moment Hidden Away. That A Sorrow Unrequited bears their surnames perhaps suggests the more personal nature of this collaboration. Zach Frizzell has built up an impressive discography in a few short years, exploring orchestral music in various guises. He is also the man behind Past Inside the Present, a label which has distinguished itself for their expansive catalog of immersive music. City of Dawn is Damien Duque, a multi-instrumentalist who produces expressive ambient soundscapes. Their two styles blend very naturally, complementing each other.

Unrequited love is a common theme, sorrow less so. What does it mean instead when a feeling of sorrow is not returned? While this might suggest a dreary mood, to the contrary A Sorrow Unrequited is calmly uplifting. There are moments of melancholy, but more often the steady ebb and flow of sound cultivates a profound sense of meditative stasis. The titles all come from a poem written by Julia Frizzell, evoking passing time and lessons humbly learned. The principle melodies are slow, faintly familiar enough to suggest a sense of nostalgia, but difficult enough to grasp that their steady evolution substitutes for narrative structure.

The artists take pleasure in soothing textures, avoiding sudden shifts or abrasive sonorities. There is a refined elegance to these five tracks, making the 33:33 runtime feel much shorter. Yet A Sorrow Unrequited rewards repeat listens, feeling comfortably familiar while always revealing fresh perspectives. A gentle, consonant palette of strings is given depth by the low end frequencies of a synth. The occasional moments of dissonance bring a slight tension in bright contrast to the mellow synth melodies or plaintive piano marking time.

Frizzell & Duque transform unadorned inputs into beautiful complexity. One is reminded of Brian Eno’s Discreet Music (1975), less for the title piece as “Three Variations on the Canon in D Major by Johann Pachebel,” a reorchestration playing with various permutations (pitch, tempo, note length) of small fragments of the score. Rather than developing shifting patterns, the minimalism heard on A Sorrow Unrequited explores the timbral effects of gradual shifts in density, waves of sound almost imperceptibly carrying the melody from one instrument to another. There is a graceful poetry to the cadence of each track, reminding us that silences are as important to communication as sound." -Joseph Sannicandro, Sound Propositions // Contributing Writer for A Closer Listen

“Fans of slow-evolving orchestral ambience will absolutely love this new collaboration between the Past Inside The Present label owner, Zach Frizzell and Damien Duque, also known as zakè and City of Dawn, for which they drop their project monikers and team up as simply Frizzell & Duque.

On these five, slowly evolving pieces of A Sorrow Unrequited, the duo manipulate chamber instruments alongside reverb saturated pads and swelling bass to compose a symphony of ebbing music. Unlike some undertakings, where artists would sample their classical records and loop through the passages sculpting the sound, the modern classical elements of this record appear to be cleaner and pure.

I praise this pristine production, where every each instrument finds a home, in a wonderful fusion of ambient, neo-classical, and meditation music. In a closer listening session, intricate layers of sonics blanket the surface of wave-kissing shores; while in a passive attention-softening seance, A Sorrow Unrequited comforts and lulls.

The release is an interpretation of a poem by the same name, written by Julia Frizzell. Here’s a quote of the first stanza, “Fragile dreams while we are growing old / For we once believed we owned the sky / Spread endlessly before us / Lie shallow at our feet //”

I’ve played this on repeat consecutive times, and I keep coming back to the album, as I’m sure you will too. I recommend that you grab this on vinyl.” -HEADPHONE COMMUTE

“It's not just a clever name. Zake and City of Dawn have come up with a record that genuinely sounds like the reflective moods that so often follow great loss, realised on record. Sweeping synth-strings on 'We Once Believed We Owned The Sky' only serving to reiterate the sense of lamentation that seems to pervade every corner of this album.

Sometimes looking back on what was but will never be again is the only real way of making ourselves feel better - by connecting to intensely emotional memories we can trigger an outpouring that's truly cathartic. As if following that pattern, Frizzell & Duque: A Sorry Unrequited is a strangely uplifting experience by the time we're listening to the closing bars of 'The Sparrow's Flight', even if that's only because of the sense that others have the capacity to feel the same as we do.” -Juno Records

"Frizzell and Duque, better known as zakè and City Of Dawn, further extend their already impressive catalogue of music with the sublime ‘A Sorrow Unrequited’. The joy of ambient music is its ability to provide the listener with a pathway to quiet contemplation. These two musicians take the listener on an aural journey, a musical interpretation of the beautiful poem of the same name written by Julia Frizzell. A Sorrow Unrequited showcases the beauty of the modern classical/ambient genre, and the talent of these two artists is on full display. Music that is truly timeless and enduring." -Brian Hogan

“Haunting, ravishing and profound. These five pieces of loop-based orchestral and synth ambient from American duo Frizzell & Duque (aka Zakè and City Of Dawn) sound like scores for dark, epic films that don’t exist but which somehow we already know. I’m going to rattle off the titles of every track because they capture the poetry of this music better than I ever could: “We Once Believed We Owned The Sky”, “Fragile Dreaming In A Fragile Mind”, “A Sorrow Unrequited”, “Closer, Always Closer”, “The Sparrow’s Flight”. Get the picture? -ambientmusicguide.com

Trevor de Brauw of RLYR and Pelican stops by for a chat, plus a tribute to the late Trevor Strnad